By guest contributor Tim Budge. Tim has been involved in international development for over 20 years, including extensive work for NGOs in Australia, Timor-Leste and Zambia. He is a consultant, lectures in Development Studies at ACU and is completing a PhD at Deakin University. 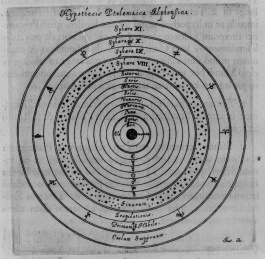 Claudius Ptolemy thought he understood the universe. He believed that it was a set of nested spheres and at the centre of the whole universe was the Earth, lying motionless, the core around which everything else revolved. His model was completely wrong but the conclusion was pardonable, given the lack of other points of reference and the tools he and his contemporaries had in the 1st and 2nd Century CE. Perhaps the beauty of the model lay in its comforting simplicity; in the face of unknown and threatening alternatives, humans were able to believe our planet had the central role. We all like to be at the centre of things.

In the 16th Century, Copernicus challenged this model, proving that in fact the Earth was just one of a number of planets circling the Sun. Thanks to Copernicus and others, we now accept that our planet’s place in the Universe is relatively remote and even our solar system is dwarfed by the presence of so many other astronomical entities. Cosmologically, we are on the edge of things.

I am beginning to think we have a pre-Copernican view of development. In many respects, the development industry likes to think its universe is centred in the “Western/Northern” or (over) developed world. Consider the location of most NGO headquarters and other development agencies, consider the nationalities of most heads of agencies (see Fairouz El Tom’s blog). Consider the location of academic “centres of excellence” or the nationalities of “leading” opinion makers (and the journals and publications in which they write). More significantly, consider the cultural heritage and provenance of development theory, including management theory, randomised control trials, program logic, the logical framework and even theories of change. By and large, these are rooted, developed, considered, debated and fostered in the global North. It seems that just like the ancients, we (and I include myself) are desperate to be at the centre of things. 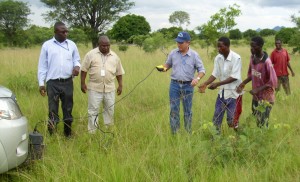 But of course development doesn’t occur in the headquarters of INGOs, UNICEF, in the corridors of universities, or even in the offices of DFAT or USAID. It predominantly takes place in communities, in very specific cultural contexts; it takes place far away from the gaze of Western development thinkers, managers and bureaucrats. That oft-used term “the field” shows where we position ourselves and the work of development, the field being a place where hypotheses are tested, where “we try things out”, but which have little validity until the “results” are examined and reviewed against theory back in an office, board room or conference centre.

A number of non-Western writers are starting to challenge this faulty view of the universe. Botswanan academic Bagele Chilisa, for example, has written about the neo-colonising of so much development and research work with its very western-centric view of theory, science and knowledge and how it excludes the alternative positioning of indigenous knowledge systems. She asks adroitly, perhaps channelling Copernicus here, “Where is the centre of knowledge or information about a people or community located?”[1]

It is easy to answer blithely that of course it is centred in the community, we like to think it is their development. However, much of the processes involved in the design, implementation, monitoring and evaluation of development projects belies that. We hold the knowledge about the concepts which underpin each part of the project cycle and the very construction of a “project” often highlights an imposition, an external (neo-colonising?) intervention or construction of what the community might need. We may use PRA and associated methodologies, but these are usually focused on confirming elements of context, patterns of behaviour or appropriateness of planned interventions.

This imposition of external knowledge is particularly true for evaluations, where the validity and impact of a project is usually predicated on an outsider or foreigner, using foreign metrics, to “objectively” verify what the project might or might not have achieved. In this process, communities are definitely objects, not subjects of their own development. Self-evaluation is rare.

I worry that in the future we will look back at this development approach with some embarrassment as to our perceived self-importance and our clumsy intellectual attempts to map our theories onto other people’s lives.

Or, we could start thinking through alternatives now. What would it mean to centre development in communities? Here are some initial ideas, noting that each could easily occupy their own blog entry, or even book:

Simple really! Alternatively, we can keep doing things the way we do them now and be left to wonder why the development universe is not turning according to our plans. Is it time for a (Copernican) revolution in development?

One thought on “Finding the centre: Claudius Ptolemy and the modern development industry”