Deborah Rhodes is an independent consultant in international aid and development specialising in cross-cultural contexts.

Part 1 of this post presents a frame of reference to understand differences in cultural values, reflecting the significance of cultural values for the behaviour of people, including leaders, as well as the nature of communities and organisations, and the prospects for developmental change. Here, Deborah examines some implications of applying this different lens to collaborative development work.

The implications of understanding differences in cultural values, as researched by Hofstede and the GLOBE Study for aid and development are significant. Such analysis could easily lead one to throw in the towel in terms of achieving developmental changes, but this would not help: donor agencies will keep delivering aid regardless and practitioners will still seek to address development issues in their own diverse ways. An understanding of cultural values, dynamic and contested as they may be, might instead help us to avoid causing harm or wasting our time on some programs and hopefully contribute to more effective programs.

Three major implications are proposed for aid and development practice:

For example, a merit-based recruitment system is most unlikely to be sustained in a collectivist, high hierarchy society, even if the best aid advisors are employed to train people in its use. Similarly, a youth leadership development program is unlikely to overturn traditional decision-making structures while high hierarchy values prevail.

If our work aims to bring about sustainable benefits for those whose values may be the opposite of ours, along many dimensions, we need to be aware of these differences, rather than assuming our own values can simply be imposed in the interests of ‘helping our neighbours’.

Practitioners need to have the skills to navigate or translate cross-culturally between those they aim to help and the social and institutional donors whose values may be opposite, or at minimum different.  In practice, this includes the ability to build shared values for the purpose of development collaboration: this is best undertaken when one has an understanding of one’s own values and the ability to draw out expressions of others’ values. Of course, there is no doubt that cultural values are both contested and dynamic. In reality major value changes (such as to the way leaders govern or the way communities view change) tend to be slow (generational) or revolutionary rather than quick, smooth and conflict-free.

This two part post has considered just a few implications of looking at change and development through the lens of different cultural values. There are clearly other lenses one could use when considering change and development issues and this may be just another to add to the complexity, but it is a critical perspective.  Given the significant power of values over group or national behaviour as well as the power of looking at an idea, a phenomenon or a context through a different lens, this analysis seems to one that has potential to ‘make a difference’. 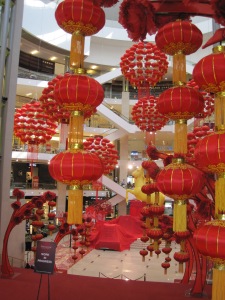