Recently I stumbled across an article discussing how developing country citizens may be impacted by the relationship between public-private partnerships (PPPs) and improved technology for collecting and analysing data.

The article from Taylor and Broeders, In the name of Development: power, profit and the datafication of the global South (forthcoming), explores how PPPs and technology can either work to the benefit of developing states and their people or how they could be used as a tool for arresting development and opportunity.

Lack of resources to undertake significant statistical analysis by agencies traditionally entrusted to do so, such as sovereign governments and multilateral actors such as the UN, has led to growth in the intervention of private enterprise in this field. Such growth is neither good nor bad of itself, but the increased presence of private enterprise in public technological service raises some interesting points. 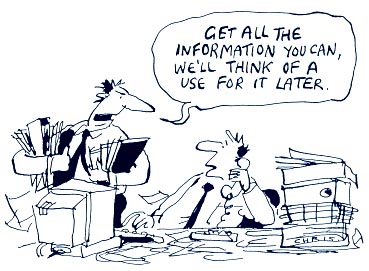 For example, as Taylor and Broeders note, while much data gathered is through benign technological surveillance, such as data referred through phone usage, the assumed consent of the phone user inverses the burden of participation that was previously on participants of traditional survey systems – where previously information was volunteered it is now acquired.

Such data collection through PPPs can be advantageous for multiple reasons: less hours required to collect and analyse data, which reduces costs; more frequent monitoring of difficult-to-reach locations; and, in turn, faster responses from relevant agencies to population needs.

The effective use of information captured by mobile phone companies, pro bono, being used to map and predict the spread of Ebola in West Africa is a good example of this.

But potential problems also exist, mostly around who the gatekeepers of such information are and how they may utilise it for commercial interests. The example
of Facebook’s internet.org project, which has a stated aim of providing internet access to people everywhere on the planet, highlights the potential pitfalls. While marketed as being philanthropic, what is to stop private internet platform providers from data mining or restricting usage to sponsor sites?

A further danger is that this form of ‘informational capitalism’ is rolled-out as a standardised approach which in turn ‘shuts out the expertise and knowledge of small-scale organisations, qualitative researchers and local activists’ under the guises of efficiency and objectivity. Not only does such data undervalue local context, but it monopolises objectivity and silences the possibilities for dissent.

Considering the pros and cons of increased PPPs in data collection also made me wonder about current oversight measures for governments and multilaterals. Are private enterprises any more or less likely to exploit information available to them?

Taylor and Broeders have asked more questions than they have given answers. Perhaps the most compelling of these surrounds just where the nexus of people’s right to privacy and consent versus the common good lies, and who gets to determine this.