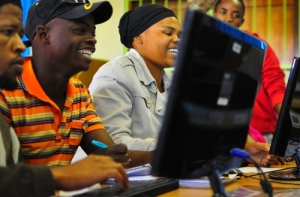 Innovation has become a popular word in international development. In Australia today, Bjorn Lomborg helped to formally open DFAT’s much heralded Innovation Hub – which included the announcement of InnovationXchange, an initiative designed to ‘identify, trial and scale up successful approaches’.

The US and the UK already have the Development Innovation Ventures programme. Australia got in on the I-word when Australian Foreign Minister Julie Bishop announced last year that the creation of the Development Innovation Hub would play a key role in her government’s ‘new aid paradigm’. Novel ideas and approaches to development would come from leading innovators – people in the private sector, the academic world and civil society organisations. Or, as Minister Bishop put it: Innovation will be the watch-word. Innovation will drive the way we deliver aid … Over the next four years we will [find] much more creative and clever ways to achieve better results. So given this fascination with innovation, I think it’s time we discuss what the word might mean – and how it might mean different things to different audiences.

‘It’s time we discuss how the word ‘innovation’ might mean different things to different audiences.’

Let’s begin with Ramalingam, Scriven and Foley who discuss innovations in international humanitarian action (629 KB PDF). They distinguish between ‘transactional’ innovation, similar to single loop learning, and more ‘transformational’ innovation. This is similar to double or triple loop learning and is intended to generate new and different ways of operating. I would argue that this mirrors much of the debate about the difference between technical and technocratic approaches to development – often described as transactional – and the literature on thinking and working politically which is seen to be more transformational. Jonathan Fox’s re-reading of the social accountability literature and evaluations demonstrates this well. A narrow focus on innovation in the technologies of social accountability– and the ICT4D hype can be dazzling – can ignore the critical role of innovations in addressing unequal power relations. As a result the underlying importance of politics, collective action and associated political innovations may end up being under-rated or indeed missed entirely. Ramalingam et al also stress the importance of sharing innovations, and having open-systems and processes for doing so. This is similar to Steven Johnson’s thinking about ‘Where do good ideas come from?’. One of his observations is that ideas often incubate over many years. Spaces where different hunches can collide and combine are needed to help them mature into new thinking. This is part of what organisations such as the Developmental Leadership Program seek to do, creating spaces to connect ideas, research and people interested in thinking and working politically.

‘The innovation agenda needs to produce the fundamental change that will tackle poverty, inequality and climate change.’

These insights into different types and levels of innovation are similar to those I found in a review of Australian NGO approaches to social accountability. As in the Ramalingam et al paper, I found several examples of ingenuity and creativity, mostly in improving existing practice and ways of working. There was much less innovation in the sense of finding entirely new ways of doing things, or of radical change in how organisations function. In other words, transactional innovation, in the form of single loop learning seemed to dominate. More transformational or ‘generative learning’ may be – perhaps understandably – much rarer. There is clearly nothing wrong with incremental improvement to existing practice – indeed, this kind of change is essential to ongoing learning and adaptation. But the innovation agenda also needs to produce the kinds of fundamental change that will tackle the problems of poverty, inequality, and climate change. Solutions to these problems are what Robin Davies has called more ‘hazardous forms of innovation’. They should include radical rethinking of how institutions need to change in an Anthropocene epoch. They should also avoid short-term faddism. To do this, support for longer term processes that incubate, share and test more transformational innovation is critical. It remains to be seen whether DFAT’s Innovation Hub and InnovationXchange will support these deeper forms of learning and change, but you can submit your ideas to the Global Innovation Fund in order to find out.

This blog was also posted on the Developmental Leadership Program site.